By Rocinante |  Κείμενα αποφάσεων Ροσινάντε |  16 Αυγούστου 2017  | Add Comment
Common Statement of the Anarcosyndicalist Initiative Rocinante and the Industrial Workers of the World (IWW Greece) regarding the assassination of Heather Heyer in Charlottesville Virginia, USA.
On Saturday 12th August in Charlottesville, Virginia, an outrageous alliance of racists, far right supporters and fascists including the KKK, an alliance calling themselves «Unite The Right» and touring in all States, has organized a demonstration against the demolition of a General Lee’s statue, leader of the Confederate army in the American Civil War. At the same time, an anti-racist gathering was demonstrating against the presence of these particular scum in town. The anti-racists did, what every human with self respect should do, when the poison of fascism tries to invade in their living space: they tried to send this poison away. One of the fascists decided to jump into his car, drive against the anti-racist demonstration at high speed, hit the participants and drive away. He left 32 year old Heather Heyer dead and several people injured behind.
The assassination of Heather Heyer is the expected extension of the fascist hatred that has recently flourished in the USA. This murderous attack comes in addition to the long list of similar incidents with the perpetrators originating from the same racist and fascist pool, such as the shooting of an IWW/GDG in Seattle, the two stabbings in Portland and the recent bombing in the Dar-el-Farouk mosque in Minnesota.
This increase of the fascist attacks cannot be examined separately of Trump’s election. It’s his rhetoric anyway, that legitimated fascist speech in the USA; it’s his racist campaign, that gave the space for development to the neonazis in the country. In addition to that, in the nine months of Trump’s presidency, basic employee insurance rights have been abolished, a law against abortions has been introduced, the participation of the USA in the Paris climate agreement has been revoked, environmentally hazardous plans for the North Dakota oil pipeline have been brought back to life, an apartheid status, prohibiting muslims from entering the country, has been established and in the past few days a war scenery against North Korea and Venezuela has been set up. Behind these politics, is the new far-right of the Alt-Right, the KKK and every kind of fascist scum, that is trying to silence anyone who’s trying to resist, has risen and isn’t standing like an obedient dog.
Heather Heyer and other injured people just paid the price for their choice to exercise social opposition on the streets against Trump’s fascist government. Since Trump’s inauguration, the social movements of the employees, black people, women, the LGBT community, the native Americans and the environmental- ecological movements are the greatest hope against the darkness of totalitarianism, that is spreading over the USA. Our thoughts are with our comrades and every person, fighting a daily struggle for equality and freedom against economical exploitation, racism, xenophobia, sexism and ideologies of racial superiority. The fact, that the power is using all its brutality in order to sustain itself, shows that its dominion is more vulnerable than ever.
Beyond any ridiculous analysis about all the Trumps of this world, who «make the centers of the establishment shiver», as we also heard in Greece from certain «wise guys» of conspiracy and patriotism intellect; analysis that dare to try to present themselves as part of an anti-capitalism perspective instead of a gear of fascism, the working class has to resist against the interwar atmosphere, that is settling worldwide.
The solidarity movements for the refugees, the new multinational working class that is rising in the metropoles of the planet, the struggle of black people, the LGBT communities in the USA, all new class identities which are built in the international conditions of totalitarianism and capitalism are the potential ingredients of a new international union of workers. This is the biggest and most timeless urge of all the oppressed and exploited. And the struggle of the working class in the USA reminds us of it in the most emphatic way.
Beyond the false governmental dilemmas of capitalism, beyond the logic of the «lesser evil», the international proletariat shall organize and send all Trumps of this world in the dungeon of history. For Heather, for every casualty of the power, for our lives.
-Heather Heyer?
-Present!

http://rocinante.gr/heather-heyer-present/2017-08-28T23:09:32+00:00RocinanteΚείμενα αποφάσεων Ροσινάντε
Common Statement of the Anarcosyndicalist Initiative Rocinante and the Industrial Workers of the World (IWW Greece) regarding the assassination of Heather Heyer in Charlottesville Virginia, USA.  On Saturday 12th August in Charlottesville, Virginia, an outrageous alliance of racists, far right supporters and fascists including the KKK, an alliance calling themselves...
RocinanteRocinante Σαριδάκηςmanossar@hotmail.grAdministratorΡοσινάντε 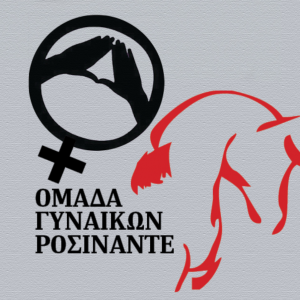